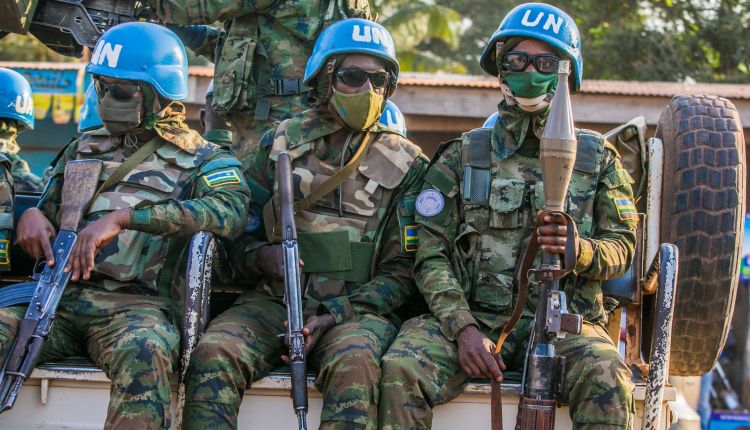 Three peacekeepers were killed and four others injured in separate attacks in the Central African Republic (CAR) and Mali over the past three days, according to the United Nations.

The deceased peacekeepers were from Rwanda, Burundi and Egypt, while the nationalities of those wounded have not been disclosed.

The UN said the latest attack, which occurred on Friday near Tessalit, a village in the Kidal region of Mali, targeted a convoy of the UN Multidimensional Integrated Stabilisation Mission in Mali (MINUSMA).

An Egyptian peacekeeper died, and another was seriously injured in that incident, UN spokesman, Stephane Dujarric, said in a statement on Saturday.

Earlier on Friday, a peacekeeper from Burundi was killed and two others injured in an attack by combatants in CAR.

That attack targeted a convoy of the UN Multidimensional Integrated Stabilisation Mission in CAR (MINUSCA) in Grimari, a city in the Ouaka prefecture.

It followed a similar attack by rebel fighters near the capital, Bangui, on Wednesday that left a Rwandan peacekeeper dead and another wounded.

Reports say violence has intensified in parts of the Central African Republic over the Dec. 27 presidential and legislative elections.

Armed groups opposed to the re-election of President Faustin-Archange Touadera, are alleged to be behind the attacks.

The UN Refugee Agency (UNHCR) said the worsening post-election violence had forced no fewer than 120,000 people from their homes.

In different statements, UN Secretary-General Antonio Guterres strongly condemned all the attacks and called for action to bring the perpetrators to justice.

He emphasised that attacks against United Nations peacekeepers might constitute a war crime. (NAN)