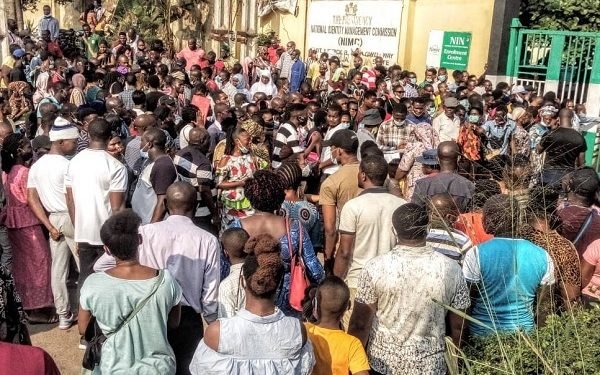 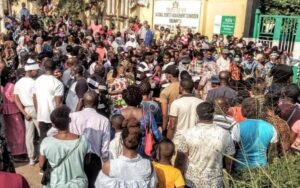 Unless we shake out of widespread living in denial of the new and deadly wave of the coronavirus disease (Covid-19), we are in danger of a looming blowout of the pandemic and its devastating consequences in Nigeria. Worse, the possible dimensions of such blowout is beyond our national capacity to tackle down.

For two weeks straight, the country has recorded a case count of some 1,500 new infections per day, and an average of about five deaths daily from Covid-19 related complications. That, of course, is far below the records in developed nations where daily infections are in tens of thousands and related deaths in units of thousands; but we daren’t assay that path in this country because we have neither the facilities nor resources to manage such degeneration. Even the vaccines that other countries have already acquired and begun to administer on their nationals are yet in the realm of wishful projections in our case. That isn’t a scenario in which to risk possible worsening of the pandemic.

But there are indications in nearly every facet of the Nigerian society that many citizens live in denial of the pandemic. Lately, the police in Lagos secured the conviction of almost 300 persons who were apprehended for violating safety protocols prescribed by government. Against the backdrop of a 12 midnight to 4 a.m. curfew ordered by the Federal Government and enforced by the state, the police command said many of those convicts were night clubbers arrested at entertainment centres where they showed no regard for safety protocols prescribed to deter the spread of Covid-19 among the populace. Also in the Federal Capital Territory (FCT), the Covid-19 taskforce last week unleashed bulldozers on some fun spots that were alleged to be operating illegally and where patrons had carried on in disregard of precautions necessitated by the pandemic.

It wasn’t just fun-seekers who have been spurning safety protocols regarding the pandemic, so also have more sober members of society including adherents of the different faiths. At the dawn of 2021 some three weeks ago, many worshippers ignored the 12 midnight to 4 a.m. curfew to hold the customary crossover services heralding the new year.

Commendably, notable religious leaders and their followers complied with government rule and adjusted their services to align with prescribed safety regime; but there were many others who stayed in defiance – not only in violation of the curfew, but also with the services tightly congested and held in violation of the safety protocols of physical distancing and use of facemasks by attendees.

In recent times, the Presidential Task Force (PTF) on the Novel Coronavirus Control headed by Secretary to the Government of the Federation (SGF) Boss Mustapha had cause to warn that crammed events were potential super spreaders of Covid-19, and to decry perceived reluctance on the part of religious organisations and other event organisers to keep crowd sizes within recommended limits at their events.

Interestingly, the reluctance about crowd control and compliance with other safety protocols seem more characteristic of this present wave of the pandemic than the previous one, which was mild by comparison. The Nigeria Centre for Disease Control (NCDC) noted last week that while Nigerians seem tired of the Covid-19 pandemic and its impact, the virus is taking advantage of the fatigue and complacency to escalate momentum and seizing the opportunity created by lapses in adherence to recommended safety protocols.

The agency and other officials of government have also stridently warned that hospitals were being overwhelmed by the spiraling number of infections. ”Covid-19 exists; anybody who says Covid-19 does not exist is probably living in a completely different world…I’m sure most of those who have been following the numbers will realise that what we have now far exceeded what we had in June/July, last year…Our hospitals are already starting to get overloaded and we are already starting to feel the pressure within the healthcare system,” National Coordinator of the PTF, Dr. Sani Aliyu, recently said.

Not that government itself has helped matters. Even with the escalating trend of the pandemic, it imposed tight timelines for telecoms subscribers to link their National Identity Number (NIN) with their phone lines, thereby prompting huge turnouts of intending NIN registrants at National Identity Management Commission (NIMC) centres nationwide. On 15th December, last year, the government had through the Ministry of Communications and Digital Economy directed all telecoms operators to block phone lines registered on their networks that were not linked to respective subscriber’s NIN by 30th December.

Following public outcry against the short deadline, it granted a three-week extension for subscribers already having their NIN till 19th January, 2021, and six-week extension for subscribers yet to obtain the NIN till 9th February. Still, the threat of imminent disconnection from telco networks forced mammoth crowds of subscribers to NIMC centres. The pressure on those centres was compounded by a strike called by the agency’s workers penultimate week, which was suspended after 48 hours though the workers were not back at their duty posts until Monday.

Government has allayed the fear of massive disconnection from telco networks, though it is yet to expressly relax the deadlines for NIN-phone number linkage. But Minister of State for Health Olorunnimbe Mamora, who is a member of the PTF, hinted last week that it was considering suspending the registration. Acknowledging that the exercise was becoming a super spreader, he said: “My understanding is that the whole process may be suspended so as to reorder (it) in terms of management of the crowd, because it was never intended that it would become a rowdy process like that.

So, people may have to wait and be called at intervals to go through the process.” Many, however, view such step by government as too little too late, being contemplated weeks after exposing citizens to the danger of contracting Covid-19 under a project that was obviously poorly conceived.

The recent track of Covid-19 in Nigeria is marked with fatalities such as the Ndubuisi Kanus, the Oyewusi Ibidapo-Obes, the Femi Odekunles, the Habu Galadimas and Olu of Warri Ogiame Ikenwolis of our society. But cynics don’t seem persuaded – one of them Christ Embassy Church pastor, Biodun Lawal, who recently said heaven was ashamed of Christians and pastors who wear a facemasks to church. “If you still want to wear a mask, wear it, but do not call yourself a man of God. (You are) a baby of God. We can’t even call you son…Son is too high,” he said in a video clip that went viral. Respected General Overseer of the Redeemed Christian Church of God (RCCG), Pastor Enoch Adeboye, was suspected to be rebutting this last week when he tweeted that believers should wear facemask and stay safe.

Lawal should ask the likes of Senior Pastor Paul Adefarasin of the House on the Rock church that lost one of its pastors, Yinka Akinbami, to Covid-19 complications recently. “It is important to remind (everyone) about the deadly nature of Covid-19 and its mutant strains. Please do your part by following all recommended precautions,” Adefarasin said in a recent tweet post by which he announced the painful death of Akinbami. Another weighty counsel along that line recently was by the General Overseer of the Mountain of Fire and Miracles Ministries, Dr. Daniel Olukoya, who urged Nigerians to take Covid-19 seriously and obey safety protocols prescribed by government.

Speaking at the inauguration of remodelled foyer of the University of Lagos (Unilag) Senate Building that he sponsored, Olukoya, who has a first-class degree in Microbiology from Unilag and a PhD in Molecular Genetics from the University of Reading in the United Kingdom, said: “The first thing is to convince the populace that it is real, because some people don’t believe it exists. But I am a man of God and I have prayed for so many people with the same infirmity, and I know that it exists.  So, we should not joke with it. People should obey all the rules. And most importantly, we should pray that this pandemic will go away.”

Cynicism about Covid-19 is a deadly pastime that bodes no good – neither for the cynic nor the society.