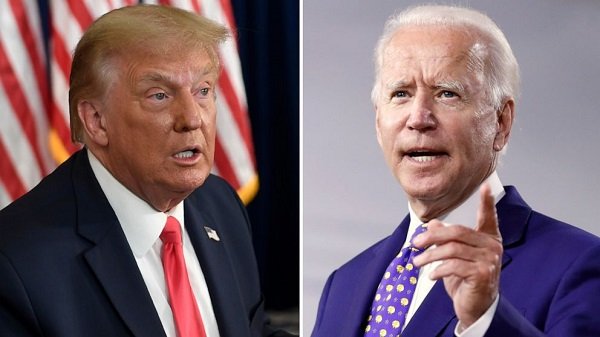 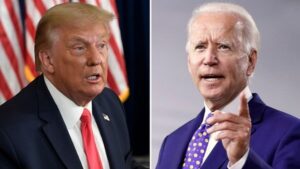 With the January  13, history-making,  second impeachment of President Donald Trump within a four-year, single term in the White House, the Democrat –led  U.S. House of Representatives seems determined to write the name of Donald Trump in the book of infamy.  The impeachment  saga was a fallout of the January 6, storming of the U.S. Capitol, allegedly  on incitement  by President Trump.  That 10 Republicans joined the Democrats  in the hurried  232-197 vote to impeach  the president just seven days to the end of his tenure manifests what some of the pro-Trump Republican Congressmen described as the vindictive, vengeful  nature of politics of hate.

Finally, The Establishment  got President Trump.  By The Establishment,  I refer to  America’s  political-industrial-military-media elite whose pre-eminence in determining  the course of governance  candidate Trump  repudiated  when, against all predictions,  he defeated Hillary Clinton,  a Democrat and an establishment icon, in the 2016 U.S presidential election. He had fought a running battle against the establishment, particularly the media,  for all of his four-year presidency, a fact highlighted by pro-Trump Republican Congressmen  at the impeachment session with the disclosure that The Washington Post had even called for  Trump’s  impeachment  within days of his being sworn in. 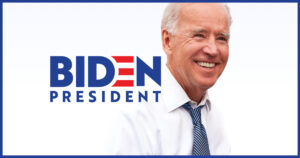 A combative Trump  had  alleged gross irregularities in the  presidential election, vehemently disputed  candidate Joe Biden’s  victory, describing it as a ‘’stolen’’ mandate.  Opponents  hold that  his call for a Last Stand  in an address  to faithfuls  who had gathered in Washington D.C. on the January 6 date for Congressional session to  certify  the electoral college votes, after which the Trumpists stormed  the U.S. Capitol, was a call to insurrection.

Trump supporters  defended his exhortation of the crowd as an exercise in free speech which is protected by the First Amendment of the U.S. Constitution.  The impeachment vote short-circuited  the process : no formal investigation of charges, no hearings – straight to a vote in Congress. We now have a somewhat cliff-hanger situation, an eerie cloud over America:  you have an impeached outgoing president with a senate trial hanging on his neck at a time a president-elect will be sworn in!!

Only in America, the Land of Exceptionalism. And what an exception this scenario!!

These, therefore,  are not the best of times for the  United States and American democracy.  Wednesday,  January 6, when hundreds of predominantly ‘white’ Americans stormed the U.S. Capitol in Washington D.C.  was the nadir of a political warfare, resulting from disputed  election results.    What an irony, that the country whose government  and NGOs  act as policemen of elections worldwide, arrogantly imposing sanctions on persons and governments considered not following due process during elections, is today engulfed in  a grave  crisis of disputed election results!  January 6, showed the world America’s ugly underbelly as the Evangelist of Democracy. 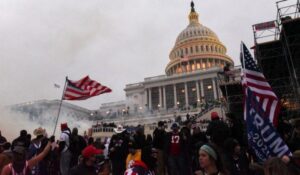 America that has destroyed many countries in its determination to force-feed them with democracy is today literally lying prostrate in crisis of democracy of tsunami gravity, threatening to tear the country apart. Words like election rigging, coup, fraud and all the electoral shenanigans often associated, in denigration, with elections in developing countries, are now being freely used to describe fallouts from the 2020 American presidential election.  Welcome to America, the newest electoral banana republic!!   What is more, we are now told that those who launched the violent assault on the U.S. Capitol, predominantly white,  are terrorists, a  MOB,  yes, American mobsters . American democracy has taken  a near fatal blow.  We can imagine the laughs of communists in Moscow, Russia, the giggle of dictators in Beijing, China and even the chuckle of sixth term President Yoweri Museveni in Kampala, Uganda.

With few days to the inauguration of Joe Biden and Kamara Harris as president and vice-president of the U.S. respectively, America is gripped with fear of violence , not celebration,  that usually accompany such democracy’s appropriation of the coronation of a king.  Nobody is talking of the Inaugural Ball. For America, it does not rain, it pours – reeling from having the highest number horrendous deaths from Coronavirus  worldwide, and still counting, and now  being stalked with fear as heavily armed militia groups stalk state capitols across the country.

How did America, the self-proclaimed beacon of democracy, come to these electoral dire straits?

President Trump is a major factor in America’s current election debacle, not so much as precipitating it per se, but for his anti-orthodoxy, anti- establishment, and for rupturing America’s political oligarchy.  American democracy sells the myth of a popular, majority people’s government, but in reality it is a government of minority, by a minority – the oligarchy – for the benefit of a minority – the special interest groups.  The political oligarchy, in bed with military-industrial –media power bases constitute the establishment, whose members have America in a vice grip.  They call the shots.  They are the owners of America.  Candidate Trump joined the Republican Party primaries in 2015 as a political outsider and was dismissed as a joke.

In a crowded field of  17 contestants, with 16 of them governors, former governors, senators and senior professional politicians, Trump, the outsider,  routed them all, including former  governor of Florida,  Jeb Bush, younger brother of President G. W. Bush and son of President  G.H.W. Bush, thus putting a break to the run of the Bush dynasty.

In the presidential election of 2016, , he faced Hillary Clinton of the Democratic Party, wife of President Bill Clinton and a former Secretary of State for  whom all the polls predicted a landslide victory. It was not to be.  Against all predictions, Trump trounced Hillary, delivering a shock to the establishment which never forgave him and with which he had had a running battle, culminating in a denouement with the storming of the U.S. Capitol on January 6. Trump’s rejection of the election result is his final showdown with the establishment, the endgame in a four-year titanic political battle.  That House Speaker, Nancy Pelosi, Democrat, could call President Trump a “deranged”  person shows the depth of animosity between the forces ranged. 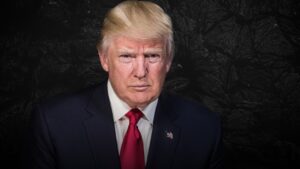 The American mainstream media, including the self-proclaimed media icons –the CNN, the New York Times and the Washington Post – have been complicit in the unfolding drama that has demystified America as the Democracy of Example by their rabid anti Trump content and his demonization.  This has been interpreted as  a  Trump pull-down strategy for humiliating the media  in their predictions of a Hillary victory . Events are threatening to spin out of control and the media rather than promoting reconciliation seem bent on fuelling the vicious divisions which have emerged in the American society.

In their strident anti Trump reports, American mainstream media abandoned the Doctrine of Fairness and Accuracy in media content.  As to mobs, America has a history of mob action – symbolized in mob lynching, mob take-over of landed property as well as resolving disputes through gun-fights in the days of the Wild, Wild West.  So, what is happening now is tantamount to history repeating itself, a resurgence of mob action and looming gun fights as militia groups prime for action.

There is also history of election rigging which had been muted before now because of the oligarchy  consensus not to rock the democratic boat.  In 1960, the election that brought John F. Kennedy was disputed by many Republicans but for Republican candidate Richard Nixon who refused to be drafted  into open challenge of the election because he would not want to diminish the prestige and authority of the President of the United States.

In 2000, the world witnessed a public challenge of the presidential election where many believed that the last state election result released from Florida State, where Jeb Bush was governor, that gave  victory to George W.  Bush, his elder brother was manipulated.  With millions of votes cast and after recounts, only 527 votes was the victory margin for George W. Bush !!!   The dispute then did not erupt into open political warfare because of the self-preservative interest of the two contenders as members of the oligarchy – Bush, a former governor of Texas and son of a former president while Senator Al Gore, is a former vice-president and son of a senator.

With opponents of impeached President Trump baying for blood and gloatingly dangling jail term  for him, post-White House residency,  but with  Trump and his die-hard supporters digging in and bracing for a showdown, America faces the prospects of a political meltdown, if these dicey political times are not proactively and strategically managed.  A spark is only what is needed to ignite a political incendiary that could burn America.