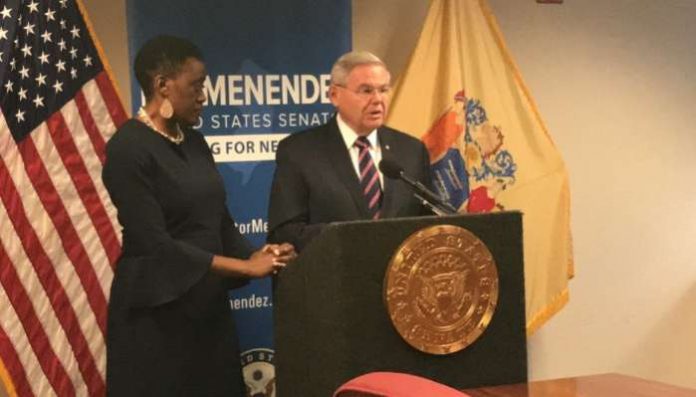 Human rights lawyer, Mr Femi Falana (SAN), on Sunday, refuted the Department of State Services’ claim that its operatives did not disrupt proceedings at the Federal High Court, Abuja, in their bid to re-arrest his client, Mr Omoyele Sowore, on Friday.

Falana, in a statement, said contrary to the DSS’ denial issued on Saturday, the leader of the DSS team of operatives, who invaded the court, tendered an apology for their conduct when summoned after the incident by the presiding judge, Justice Ijeoma Ojukwu.

Falana said this just as the United States expressed concern about the re-arrest of Sowore after a court had ordered his release.

The DSS had, on Saturday, said the circulation of a video clip on an attempt to re-arrest Sowore in the courtroom was a product of mischief.

The DSS Public Relations Officer, Dr Peter Afunnaya, in a statement said the video was meant to serve as propaganda to bring the service to disrepute.

He had said when Sowore stepped out of the court and sighted operatives of the service on the premises, he ran back into the courtroom.

He said, “In a bid to shield him from an imaginary arrest, his uncontrollable supporters mobbed him while chanting ‘you can’t arrest him’, thus the pandemonium that ensued.”

But on Sunday, Falana said the inability of the DSS operatives to defend their conduct prompted their subsequent apology to the judge, who was made to adjourn cases on her list following the invasion of her courtroom by the agency’s operatives.

He described the statement issued by the DSS spokesperson as “self-contradictory” and “an unsuccessful attempt to absolve the agency of responsibility for the invasion of the Federal High Court, Abuja Judicial Division, in general, the desecration of the Court 7 presided by Justice Ojukwu in particular, as well as the illegal re-arrest of Omoyele Sowore.”

He stated, “By the advantage of information technology, the whole world has placed responsibility for the gangsteric desecration of the court on the DSS.

“The DSS cannot extricate itself from the abominable acts of December 6, 2019.

“When I informed the court that fresh charges were being filed against our clients and that they could be re-arrested, the prosecution denied the plan.

“As soon as the case was adjourned, the DSS pounced on Sowore and caused a disruption of the proceedings of the court.

“Having taken over the courtroom, Justice Ojukwu hurriedly rose and asked the registrar to adjourn all other cases.

“After the learned trial judge had risen for the day, she summoned the heads of the prosecution and defence teams to her chambers.

“When the lead prosecutor, Dr Liman Hassan (SAN), denied knowledge of the invasion of her court, she directed him to invite the head of the DSS team.

“When challenged to justify the invasion of the court, the officer could not. He apologised to Justice Ojukwu on behalf of the DSS.

“The judge then directed the officer to withdraw the DSS operatives from the courtroom.

“The directive was complied with as the operatives withdrew from the courtroom, but rushed out to join their colleagues who had taken over the entire court house.”

He demanded the release of Sowore “in obedience to court orders, pending the verdict of the court in their trial.

“We equally call for the release of all other political detainees and criminal suspects, who have been admitted to bail, pending trial by competent courts.”

He also demanded a stop to the “bizarre harassment of courts” which he said “cannot be tolerated under a democratically elected government that claims to operate under the rule of law.”

Falana noted that the operatives’ “abominable desecration” of the court on Friday was covered live by domestic and international media and journalists, some of whom he said were victims of the operatives’ acts of “gangsterism, barbarism and brutalisation” that day.

Pointing out contradictions in the DSS statement, Falana noted that while the agency argued in one breath that “the arrest of Sowore was ‘stage-managed’ by his supporters in order to give the service a bad name, it admitted in another “that officers of the service arrested Sowore outside the court.”

Calling for Sowore’s release, he said, “Having declared that the service arrested Sowore ‘outside the court’, despite the ‘stage managing’ argument, what the Nigerian people want to see happen is the immediate release of Sowore, pending his trial as ordered by the court.”

He noted that the DSS operatives involved in Friday’s incident, including the one seen to be seizing and pinning down Sowore, were identifiable.

Falana said the operatives appeared in different types of wears with some of them even wearing masks.

He stated, “Regardless of the form of appearance, the officers of the service inside Court No. 7 were identifiable by their roles and acts of seizing Sowore and pinning him down.

“It is utter poor reasoning to say that Sowore’s supporters were also those bent on injuring him in order to arrest him.

“If Sowore’s supporters subjected him to such brutalisation in the presence of the DSS operatives why were they not arrested for contravening the provisions of the Anti-Torture Act, 2017? Or were the DSS operatives expecting the supporters of a defendant wanted by the state to kill him in their presence?”

He noted that “Before submitting himself for arrest, Sowore had rightly demanded a warrant of arrest and a detention order, but the DSS operatives were unable to produce either.”

He said notwithstanding the failure of the operatives to produce any document to justify the arrest, he and members of his defence team took the decision that he should accompany Sowore to the DSS headquarters “in view of his physical brutalisation inside the courtroom and the open threat to his life”.

He added, “I did and ensured that he was driven in my car to the DSS headquarters where I handed him over to the officers on duty.

“Thereafter, I requested a meeting with the head of the DSS, but I was informed that he was not in the office.”

He added that the DSS allegation that Sowore held meetings with some people could not be justified by the agency.

He asked, “Why did the prosecution not inform the trial court that the defendant had breached his bail condition?”

Faulting the DSS’ self-adulation as “a law-abiding institution,” Falana asked, “But why did it refuse to comply with the order of Justice Taiwo to release Sowore?

“Why did the DSS threaten to report the judge to the NJC for granting bail to Sowore?

“Why did the DSS subject the order of Justice Ojukwu for the release of Sowore to its own approval by asking the sureties already verified by the judge to report themselves to the DSS?

“Why did the DSS wait for the 24-hour ultimatum issued by the trial judge before releasing Sowore and Bakare?” 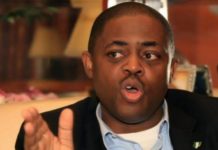 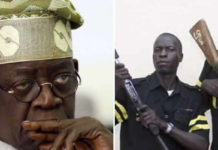 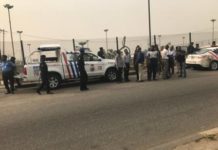 Buhari’s Officials Will End In Hell Over Corruption – Obasanjo