The Supreme Court on Tuesday affirmed the election of Governor Samuel Ortom of the People’s Democratic Party (PDP) as the validly elected governor of Benue State.

In dismissing the appeal filed by the candidate of the All Progressives Congress (APC), Emmanuel Jime, as lacking in merit, Justice Sylvester Ngwuta, who read the unanimous judgment, held that he agreed with the submissions of respondents the concurrent findings of the two courts ought not to be dismissed.

The appellant had contested the return of Ortom of the PDP by the National Independent Electoral Commission (INEC) on the grounds of substantial noncompliance with the provisions of Electoral Act, 2010 as amended.

The petitioner alleged in his petition that Ortom was not duly elected by the majority of lawful votes cast.

He, therefore, asked the election petition tribunal to either declare him the winner of the March 2019 governorship election in Benue or nullify Ortom’s election and order the conduct of a fresh election in the state.

Jime appealed to the apex court after his petition was unanimously dismissed at the tribunal and the Court of Appeal for lacking in merit. 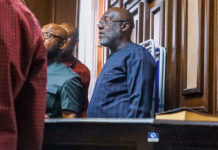 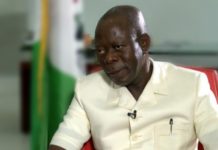 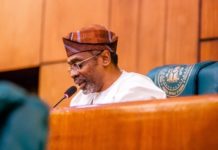 House Of Reps Begins Investigation Into NIMC Over NIN