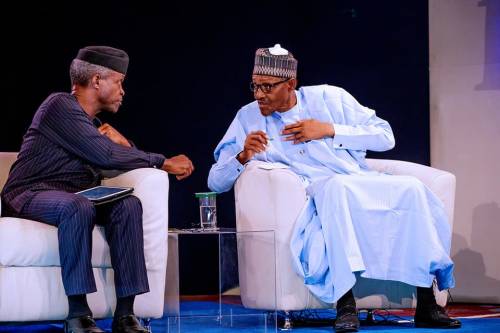 President Muhammadu Buhari and Vice-President Yemi Osinbajo currently have a total of 153 aides, according to an updated list of political appointees sighted by The PUNCH on Thursday.

The document indicated that Yusuf, who hailed from Niger State, was appointed into the position on June 27, 2016.

The Presidency had in a July 31 statement by the Special Adviser to the President on Media and Publicity, Femi Adesina, announced Yusuf’s death.

The statement indicated that he died at the age of 63 after a brief illness and that after prayers at the National Mosque, Abuja, his remains were conveyed to his hometown, Minna, for burial.

He however still made the list that was updated in November.

Also still on the list of presidential aides is a former chairman of the Special Presidential Investigation Panel for the Recovery of Public Property, Okoi Obono-Obla.

He was listed as the Special Assistant to the President on (Prosecution), Federal Ministry of Justice.

The document indicated that Obono-Obla, who hails from Cross River State, was appointed on April 18, 2016.

After his earlier sack as the SPIP chairman, the Presidency, again through a September 17 press statement by Adesina, announced the dissolution of the panel.

Another person that questionably made the list of presidential aides is a member representing Kano Municipal Federal Constituency in the House of Representatives, Shaaban Sharada.

Sharada was listed as Personal Assistant to the President (Broadcast Media) and the document showed he was appointed on January 22, 2016.

His name still appeared on the list despite winning an election to represent his people during the 2019 General Elections.

Also curiously in the list are the names of two official photographers for the Vice-President.

Novo Isioro was still listed as the Special Assistant to the President (Visual Communication), Office of the VP, despite the fact that the lady appointed on August 12, 2017, had since stopped working with the Presidency.

Her replacement, Tolani Alli, also still made the list as special assistant to the President (Photography) Office of the VP.

She was appointed on August 9 after Isioro’s exit.

Another entry on the list is that of Mrs Damilola Ogunbiyi, who was listed as Senior Special Assistant to the President (Power), Office of the VP.

The document showed that she was appointed on June 1, 2015.

Ogunbiyi had since been named the Managing Director, Nigerian Rural Electrification Agency. 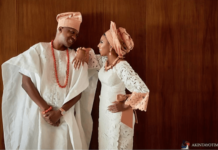