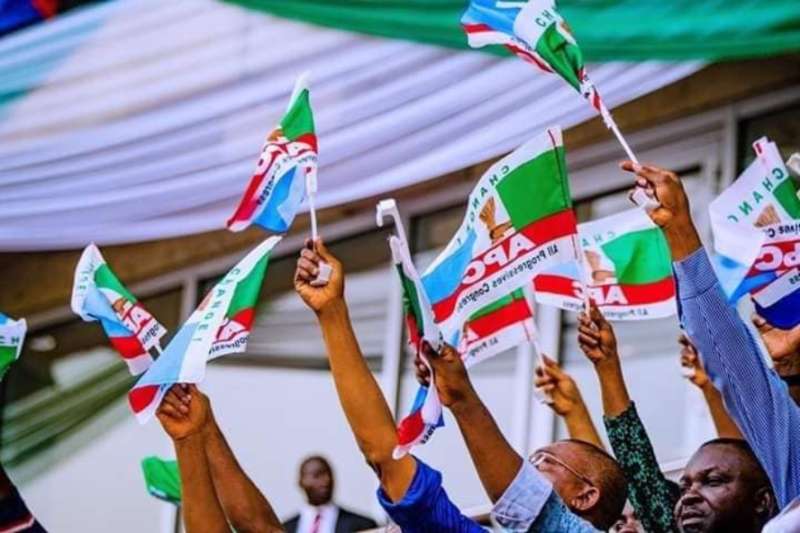 The gubernatorial primary election of the All Progressives Congress (APC) in Oyo State has been postponed.

Newsmen recall that the primary election has been slated to hold today (Thursday).

It was expected to hold at the Obafemi Awolowo Stadium, Oke Ado Ibadan.

Six candidates all of whom are from Ibadan, the state capital are contesting to secure the ticket of the party ahead of 2023 general elections.

Newsmen who was at the venue however gathered that the primary has been postponed, though it was not officially announced.

Newsmen report that the primary election was postponed Thursday evening after the Chairman of the electoral committee, Senator Tokunbo Afikuyomi, Resident Electoral Commissioner (REC) in the state, Barrister Mutiu Agboke and the aspirants had arrived.

Those that were seen at the venue included Folarin, Adelabu, Adeduntan, Agbaje and Alao.

All efforts made by the journalists, who were at the venue to know the main reason for the postponement proved to be abortive, although, some sources who spoke in confidence, explained that the primary was postponed due to security challenges.

The rumour of the postponement became glaring when Afikuyomi, Agboke, the aspirants and security agents were leaving the venue.

This made the journalists who had been waiting for the time of the primary election to also leave the venue.