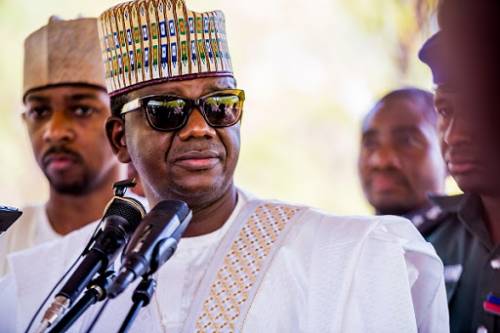 The Governor of Zamfara State, Mohammed Matawalle, has said that his administration has reached an agreement to purchase armed drones to tackle the banditry and insecurity in the state.

He disclosed that the drones with high altitude would assist in gathering intelligence to detect the various hideouts of bandits in the state.

The governor spoke about the purchase of drones despite the ongoing military bombardments of bandits’ enclaves in the state, which had largely resulted in the criminals relocating to nearby safer havens.

Matawalle noted that his two weeks’ trip with some of his officials, to the United Kingdom and Turkey was to find lasting solutions to the problem of banditry in Zamfara.

“The trip was to seek assistance in the matters of security, job creation, and invitation of foreign investors for socio-economic growth” he added.

“Zamfara State has become the colony of banditry not only in the northern states but in Nigeria as a whole and the state has suffered from the destruction of socio-economic growth.

“Now, the state government has it in mind to purchase armed drones to access bandits’ hideouts and straighten intelligence gathering to battle the banditry and other criminalities in the state”

The governor stated that the state government had signed a Memorandum of Understanding with a foreign firm to establish mineral resources and gold refineries to address illegal mining and create job opportunities for the citizens of the state.

He stressed that the gold refineries would be under his supervision and would be established to increase the state Internally Generated Revenue (IGR), adding that there would be more job opportunities while illegal mining is put to rest.