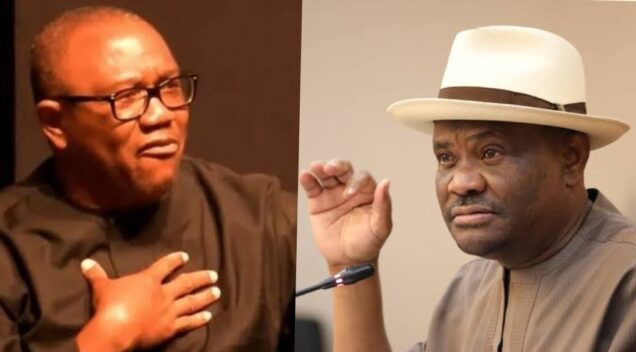 Obi, a PDP presidential aspirant announced his resignation from the party on Wednesday, citing recent development in the party which made it practically impossible to continue participating and making such constructive contributions.

Wike said he was not surprised by Obi’s departure from the PDP and knew that he lacked character and integrity.

“Obi’s departure is not a surprising thing to me. That is what I have always said, you have to be careful. For those of us who have joined this party since 1998, we have never left this party.

“We believe in this party and it is our blood. It does not matter what problem we may have in the party, we have to be inside it to settle the problem. So Peter Obi’s leaving the party is not surprising to me and there is no way he would have won the presidential primaries.

“How will he have won? I went to Anambra and told them not to waste their votes on him. Since Peter Obi left APGA to PDP, we have not won election in Anambra, check it. At that level, there must be integrity, there must be character.

“How can a man who has gone to virtually all states to tell them how he had been a trader, how his family had been trading, that everyone should support him and so on. Three days to the primaries, he said he has left the party,” he said.

Wike added: “Now from what I read on the social media, he has met Kwankwaso, whether to join him in NNPP, with that, Kwankwaso wants to be president, will he now say he wants to be VP to Kwankwaso? All I tell people is that integrity and character are very important. When we are talking about character, it is an issue; you can be the best of economist, no character, no integrity.

“A VP in 2019 election? what is he seeing differently now, he did not see it for how many years, but just 72 hours, it is now he is seeing something he never saw for many years now. The party gave you VP ticket, that is why I say some people can become presidential candidate and still abandon the party and mess you up.”