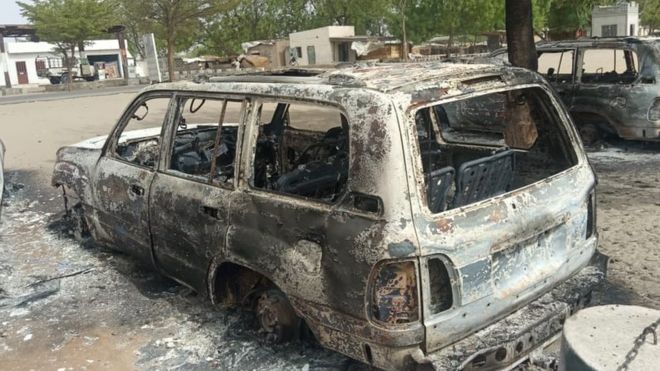 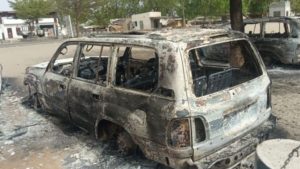 Dozens of soldiers and civilians are reported to have been killed in twin attacks by Islamist militants in north-eastern Nigeria’s Borno state.

Fighters attacked Monguno, a garrison town where UN and other aid workers are based, and a village in Nganzai.

The UN said it was “appalled” by the raids that came days after at least 81 villagers were killed in Gubio.

A Boko Haram faction calling itself the Islamic State in West Africa (Iswap) says it is behind all three attacks.

The splinter group declared its loyalty to the Islamic State group four years ago.

What do we know about the attacks?

At least 20 soldiers and more than 40 civilians are said to have been killed in the two attacks.

People from Goni Usmanti village in Nganzai told the AFP news agency that militants shot dead 38 people and set a truck on fire with passengers inside.

Security sources and residents said at least 15 people, including nine soldiers, died in Monguno town, which is about 60km (37 miles) away.

Militants armed with heavy weapons including rocket launchers arrived in Monguno, a base for many international non-governmental organisations, on Saturday morning, overrunning government forces in the area.

In a statement, the UN confirmed that “non-state armed group operatives” entered Monguno in the late morning.

“Several” civilians, including a four-year old girl, were killed, it said, while at least 37 other civilians were injured. 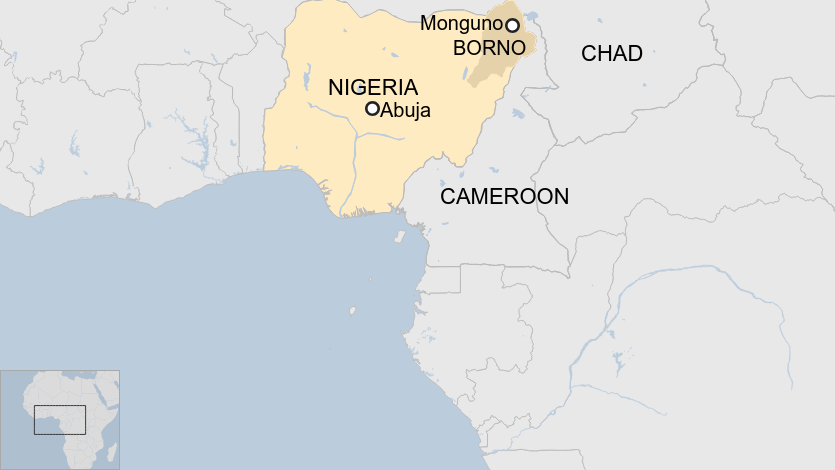 Although vehicles were set ablaze and an unexploded missile found outside the main humanitarian facility, it was not seriously damaged.

“Protective security measures deployed at the humanitarian hub prevented any harm to the over 50 aid workers who were in the facility at the time of the attack,” the UN said.

Reports say hundreds of civilians were injured in Nganzai and the local hospital was overwhelmed, forcing some of the injured to lie outside awaiting help.

The militants then distributed letters to residents, in the local Hausa language, warning them not to work with the military or international aid groups, the BBC’s Chris Ewokor reports from the capital, Abuja.

Iswap does not usually target civilians unless they are working with Western aid agencies, or suspected of providing information to the army.

What has the reaction been?

“I am relieved all staff are safe and secure, but I am shocked by the intensity of this attack,” said Edward Kallon, UN humanitarian co-ordinator in Nigeria.

The Nigerian military said that its forces had “successfully repelled” the attack on Monguno and killed 20 jihadists.

It did not mention any casualties among soldiers and civilians or the attack in Nganzai.

More than 100,000 of Monguno’s residents are people who have been displaced from their homes by the 10-year conflict in the region. 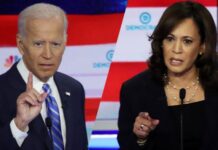 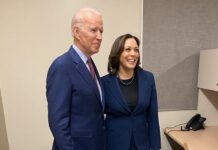 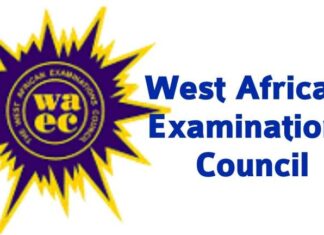 concoursemedia - August 6, 2020 0
The management of the West African Examinations Council, WAEC, Nigeria has debunked reports of a fire outbreak at its headquarters in Abuja. Head of Public...