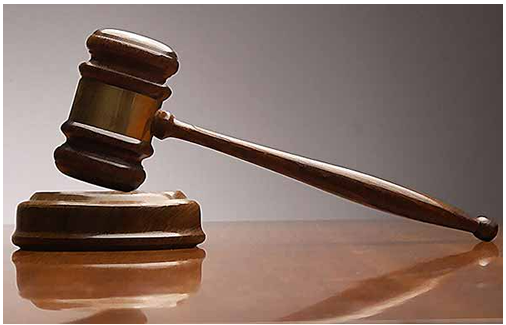 The Aketewi of Iketewi in Osun State, David Ogungbemi, 62, was on Thursday arraigned alongside his son, Idowu, and one Sarafa Olayiwola before an Osogbo Magistrates’ Court for allegedly defiling a 14-year-old girl.

They were arraigned before Magistrate Olusegun Ayilara on three counts of conspiracy, rape and sexual exploitation.

They were alleged to have conspired among themselves and sexually exploited the victim.

The defendants were also alleged to have had sexual intercourse with the victim, who got pregnant in the process.

The police prosecutor, John Idoko, alleged that the defendants committed the offences on May 5, 2020, in Ilare-Ijesa.

According to him, the defendants were living in the same house with the victim when they committed the act.

Idoko said the actions of the defendants were contrary to and punishable under Section 516 of the Criminal Code, Cap 34, Vol. II, Laws of Osun State of Nigeria, 2002, as well as sections 31 and 32 of the Child’s Right Act, Cap 050, Laws of the Federation of Nigeria, 2004.

The defendants pleaded not guilty to the charges.

Yinka Popoola and Tunbosun Oladipupo announced appearances for the defendants.

They applied for bail on behalf of their clients and promised that they would provide reliable sureties.

Magistrate Ayilara, however, remanded the defendants in police custody.

He adjourned the matter till Monday, May 18, 2020, for a ruling on the bail application.

Meanwhile, Owalare of Ilare, Oba Adejoro Otebolaku, has said he is not the monarch involved in the sex scandal as reported in a section of the media recently.

In a statement he personally signed, the monarch said the man alleged to have committed the act was the Aketewi of Iketewi, a community under Ilare.