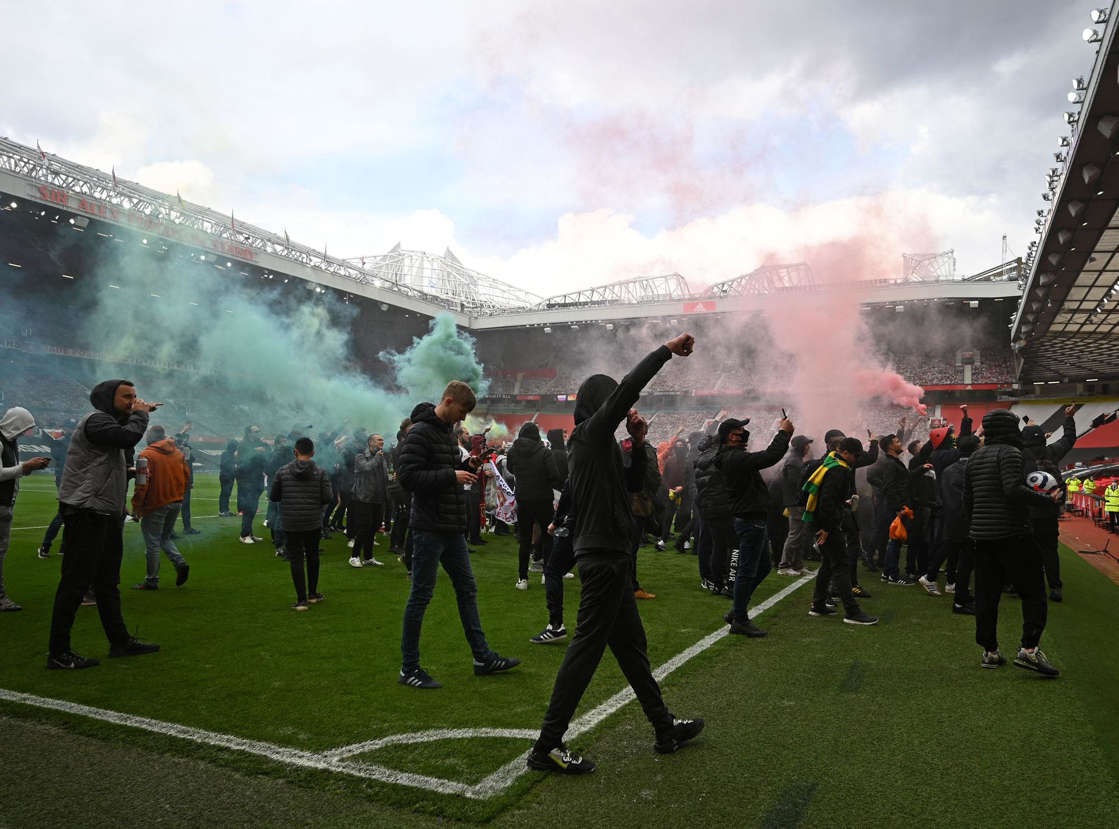 (AFP via Getty Images)
The Premier League have condemned “acts of violence, criminal damage and trespassing” after protests at Old Trafford forced Manchester United’s match with Liverpool to be postponed. The match was called off on safety grounds after around 200 Manchester United fans broke into Old Trafford on Sunday to protest against the Glazer family.
Supporters made their way onto the pitch with flares, with one thrown at the broadcast podium being used by Sky Sports in the stands. Outside, protesters surrounded and shook cars in Manchester while there were also protesters around the hotels where the United and Liverpool squads were staying.

The Premier League say they “understand and respect the strength of feeling” but said “the actions of a minority seen today have no justification”.

In a statement, the Premier League said: “Following the security breach at Old Trafford, the Manchester United vs. Liverpool game has been postponed.

This is a collective decision from the police, both clubs, the Premier League and local authorities.

“The security and safety of everyone at Old Trafford remains of paramount importance. We understand and respect the strength of feeling but condemn all acts of violence, criminal damage and trespass, especially given the associated COVID-19 breaches.

Fans have many channels by which to make their views known, but the actions of a minority seen today have no justification.

“We sympathise with the police and stewards who had to deal with a dangerous situation that should have no place in football.

“The rearrangement of the fixture will be communicated in due course.”