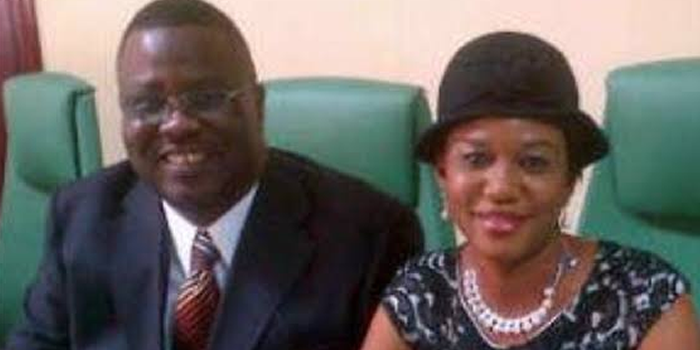 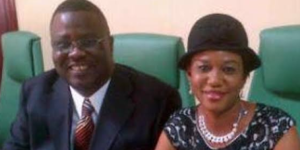 Gunmen on Saturday kidnapped the widow of Alhaji Zakawanu Garuba, a  former Speaker of the Edo State House of Assembly, a few hours after he passed on in Abuja.

Also kidnapped  was the couple’s driver.

Mrs Hassana Garuba who is a magistrate  and the driver were abducted  at Kabba, Kogi State,on their way to Auchi,the home town of the deceased to prepare for his burial.

She was however  released last night.

Mrs Garuba was in the company  of  three of her children and her aged mother in law when the hoodlums struck..

The wife and driver of former Edo Speaker, Late Zakawanu Garuba, were on Saturday kidnapped along the Lokoja-Abuja highway.

They were said to be on their way to Auchi, Edo State for burial of the former Speaker when the incident occured.

This is the second time Mrs.Garuba would be kidnapped,the first being five years ago when she was  working as a magistrate in Benin.

A huge ransom was paid to get her  released.

She subsequently relocated to Abuja.

Reacting to the development last night before Hassana’s release a shocked Governor  Obaseki asked the police to step in immediately to rescue the kidnapped persons.

Obaseki in a statement through  his Special Adviser on Media and Communication Strategy, Crusoe Osagie, said a rescue operation had commenced immediately the incident was brought to the attention of security agencies in Edo state, while the Police Commissioner, Babatunde Kokumo, was working with his Kogi state counterpart to ensure the victims’ rescue.

Details of her release were not immediately known

The late ex-speaker was on an employee  of the Security and Exchange Commission (SEC).

He was born on August 23, 1965 and held the chieftaincy title of  Oshioze of Auchi Kingdom.

He will be laid to rest today in his Auchi residence.

When contacted, Kogi Commissioner of Police (CP), Ayuba Ede, said he received information of the incident around Okene.

In other news, the Edo State Governor, Mr Godwin Obaseki, has mourned the passing of former Speaker of the Edo State House of Assembly, Rt. Hon. Zakawanu Garuba. In a statement, the governor said the former Speaker’s death is “a deep personal loss….”

Their abductors were said to have let go of the mother.