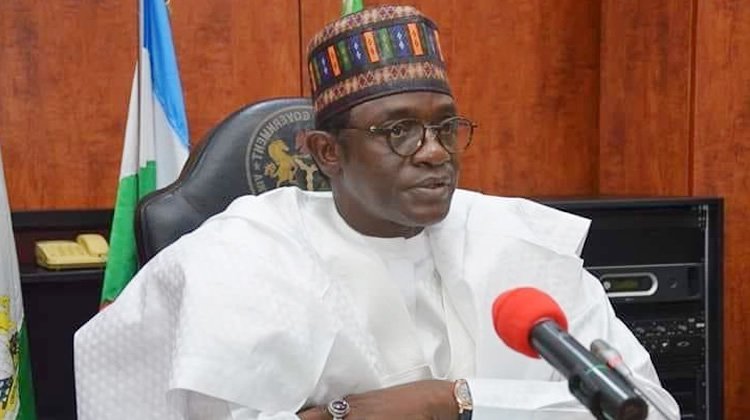 As 2023 draws nearer, the scramble for the control of the structures of the ruling All Progressives Congress has started in earnest.

When three opposition political parties, namely the All Nigeria Peoples Party, Action Congress of Nigeria and the Congress for Progressive Change, as well as a fragment of the All Progressives Grand Alliance, came together to form the All Progressives Congress, little if anything, was heard about their power-sharing agreement.

Rather, party leaders were preoccupied with pursuing the main objective-to wrest power from the then ruling Peoples Democratic Party and form government. No sooner than the APC won the election in 2015, that the internal squabble for the control of the party structure started.

With the then Major General Muhammadu Buhari (retd), from the CPC assuming office as President, the ACN bloc produced the first National Chairman of the party in the person of Chief John Odigie-Oyegun.

Political intrigues marked Odigie-Oyegun’s tenure. Disagreements over the handling of the “rebellion” by some party members in the National Assembly which led to the election of Bukola Saraki and Yakubu Dogara as Senate President and Speaker of the House of Representatives respectively consumed him. Both Saraki and Dogara, through members of the APC, were not candidates of the ruling party then.

Odigie-Oyegun’s successor, who is also a member of the APC but from the ACN bloc, was Adams Oshiomhole. His tenure ran into troubled waters quite early.

From clashes with fellow members of the National Working Committee of the party to governors and ministers, Oshiomhole was always in the news. Recalling how the party fared under him, the Director-General of the Progressives Governors Forum, Dr. Salihu Lukman, explained that Oshiomhole’s leadership style was his greatest undoing.

“Under him, might was right. Absence of meetings of organs partly contributed to most of the disaffections in the party during his tenure. Members with alternative views were considered enemies and treated as such. This attitude was alien to the progressive democracy which the APC was and is still being built upon,” said Lukman.

The crisis of confidence in the party under Oshiomhole led to a series of court cases with different members of the NWC laying claim to the chairmanship seat within a space of 48 hours.

Many members of the party heaved a sigh of relief when on June 25, 2020, the President, Muhammadu Buhari, presided over a hurriedly-called National Executive Committee meeting of the party where the Oshiomhole-led NWC was dissolved.

Before then, the party was at the precipice following what then appeared to be an intractable leadership crisis. Several power blocs within the party voiced their opposition to the president’s stoic silence as the party almost descended into chaos. The president bent over backwards and intervened.

In his address during the NEC meeting which was held inside Aso Rock Buhari said, “The issues currently confronting our party at this time are such that should worry every party member.

“At the moment, our great party is faced with internal wrangling; there are on-going litigations amongst some party members and we cannot clearly ascertain the status of certain National Working Committee members.’’

Soon after the dissolution of the NWC, the 13-member Governor Mai-Mala Buni-led Caretaker/ Extra-Ordinary National Convention Planning Committee, was put together and given the mandate to reconcile aggrieved party members and organise a national convention to elect new national officers.

It’s been a little over a year now since the Buni-led CENCPC took the initiative and embarked on a membership registration and revalidation exercise to pave the way for congresses that would lead to a national convention where new members of NWC are expected to be elected. The congresses which have since commenced have not been without challenges.

There have been reported cases of parallel congresses in Kwara, Ogun, Osun, Lagos, Enugu states among others. Those interested in party positions at the national level are not leaving anything to chance.

“They’ve learnt a thing or two from Oshiomhole’s downfall and now pay greater attention to the grassroots,” said Umaru Dantani, a party chieftain from Kano State.

In an interview with reporters, an Enugu State chieftain of the party, Osita Okechukwu, said, “the acrimony we are witnessing with our congresses today is simply a battle for control ahead of 2023.

“Desperate individuals who for some personal or myopic group interests are seeking to circumvent the laid down tenets of internal democracy in order to have their way.”

The race for the National Chairmanship seat of the party has unofficially commenced. Several northern leaders of the party have started consultations ahead of the national convention.

It is believed that the position will be zoned to the North because of a gentleman’s agreement for the Presidency to go to the South after Buhari’s second and final four-year term in 2023.

Although the aspirants are waiting for the party to release its zoning formula before making a formal declaration, most of the aspirants have started subtle campaigns.

Until his election into the Senate to represent Nasarawa South, Al-Makura was a two-term Governor of Nasarawa State.

His successor, Governor Abdullahi Sule, has on more than one occasion told everyone who cared to listen that Al-Makura deserves to be considered for the position.

He argued that the CPC bloc has remained the only bloc yet to produce a national chairman since the APC was formed, arguing that it was only fair that this narrative be changed.

Confirming his involvement in the campaign for Al-Makura’s election, Sule told reporters, “I have gone to the stage of making consultations, speaking with the right people who are supposed to be part of this; speaking with all the decision makers. I have spoken with the highest authority of the party, especially my colleagues, the governors. Some of them who went to Abuja will tell you I had a meeting with them, and it was all connected to that. I have been trying everything to ensure that we plead for this position to come to Nasarawa State.”

He was elected a Senator in Borno State at the start of the Fourth Republic in 1999 on the ticket of the defunct All Peoples Party. In 2003, he defeated the then sitting governor, Mala Kachalla, during the party primaries, after which he went on to win the governorship race when the party became the All Nigerian Peoples Party.

After serving two terms of four years each, he fell out with his successor, Kashim Shettima, who was elected governor after the Sheriff’s alleged preferred candidate was assassinated by Boko Haram terrorists.

Sheriff was later invited by power brokers to become the National Chairman of the Peoples Democratic Party after the party lost the 2015 elections.

He led one faction of the party while a former Kaduna State Governor, Ahmed Makarfi, led the other until the Supreme Court intervened and recognised Makarfi as the authentic Chairman. Sheriff returned to the APC in April 2018.

A former political adviser to ex-Governor Kashim Shettima, Mustapha Gambo, who is one of those mobilising support for Modu-Sheriffk, said, “The APC needs a stabilising force and with due respect to all those reported to be nursing ambition to vie for the chairmanship of our party, none of them comes close to what Senator Ali Modu Sheriff  brings to be table.”

Abdullaziz Yari, a former two-term Governor of Zamfara State and one time Chairman of the Nigeria Governors Forum, has expressed his desire to run for the position if it is zoned to the North-West where he hails from.

Although many argued that it would be unfair to other parts of the north for the North-West to produce the next national chairman owing to the fact that the zone currently occupies the presidential slot, Yari has insisted that competence should be the yardstick ahead other consideration.

Sunny Moniedafe, a former FCT Chairman of the defunct ACN, has declared his intention to vie for the office of Chairman of the APC. Moniedafe, whose parents are from Delta State, was born and raised in Adamawa State. He has described himself as the best man for the job. He explained that his candidature will unify the party because he neither plays ethnic nor religious politics.

He told reporters, “I’m vying for the office of National Chairman of the APC because I want to give the party a new sense of direction.

George Akume, the current Minister for Special Duties and Intergovernmental Affairs, was a two-term Governor of Benue State and had served as a Senate Minority Leader prior to his appointment as minister by the President .

His supporters recently set up a campaign office in Abuja with plans to hold a formal rally in his home state for him to make a formal declaration.

One of his supporters who craved anonymity because he was not authorised to speak to the media said, “Arrangements have reached an advanced stage, our candidate will soon make a formal declaration.

“He has been a Governor, a federal lawmaker and now minister, he can relate with all the power blocs easily because he has been there.”

A chieftain of the party, Abdullahi Jalo, is of the opinion that, “The kind of National Chairman we need now is one who can unite the party, he must have grassroots appeal and command the respect of all members.”

How well the party is able to manage the fallout of its ongoing congresses will impact heavily on the job schedule of whoever eventually wins the contest.