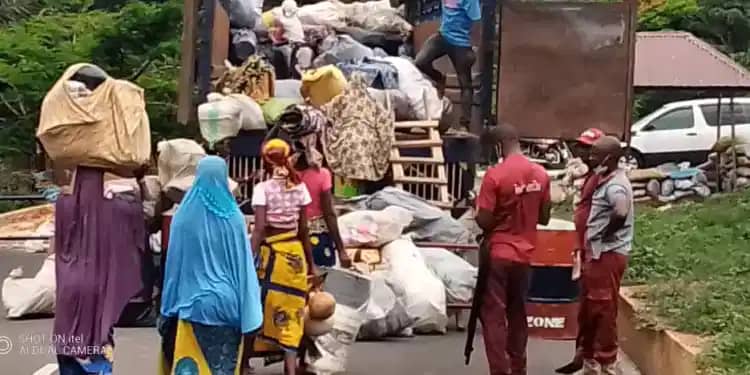 Operatives of the Ondo State Security Network, codenamed Amotekun, have evicted at least 137 northerners from the forest reserves in the state.

It was learnt that those evicted were occupying the Elegbeka forest reserves along the Ifon-Owo road.

The Amotekun commander in the state, Chief Adetunji Adeleye, who spoke to newsmen in Akure said that their continued occupation of the forest reserve was a security threat to the state.

He added that all the illegal forest occupants would be escorted out of the state to wherever they came from.

“We got an Intelligence report that very many people bombarded (forests at) Elegbeka–Ifon area in the state.

“We asked for their mission they were not able to give us a clear cut of what they are here for.

“We brought some of them and their sponsors here to the headquarters in Akure for proper investigation.

“We profiled them and we found out that they were conniving with some persons in Ose to be given space for settlement in the government’s forest reserve which makes them illegal occupants in the forests reserve.”

“We are sending them back to where they claimed they came from,” the Amotekun commander added.