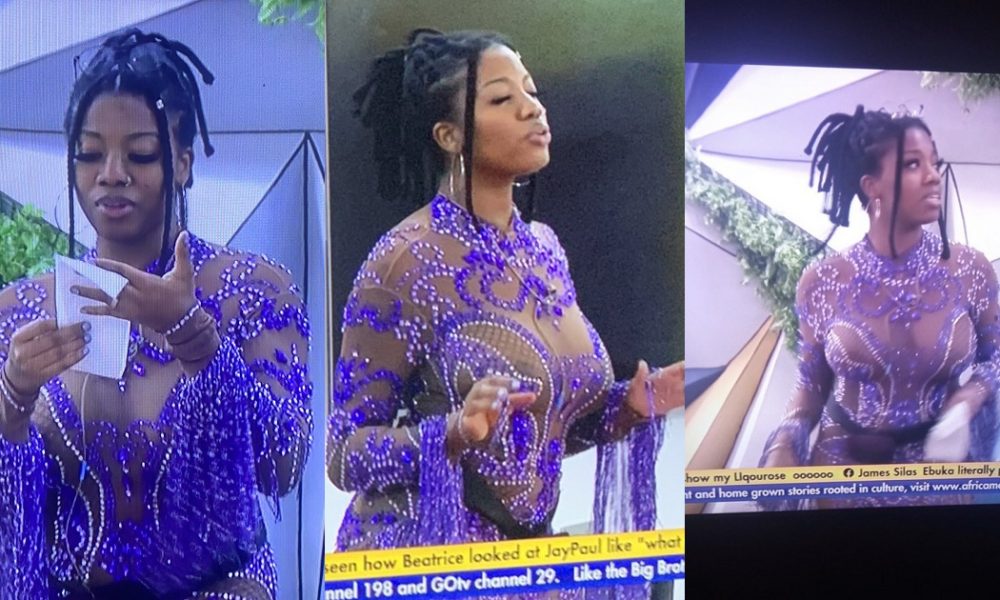 Former Big Brother Naija Shine Ya Eye finalist, Angel Smith, has stated that she sometimes hates her body because she feels ugly whenever she loses weight.

The 21-year-old writer made this known during a Question and Answer session on her Instagram story.

During the session, a fan asked, “Did you ever go through body dysmorphia/low self esteem? How did you overcome it?”

Angel answered, “Yeah, sometimes I hate my body and I feel ugly when I lose weight.”

According to her, she appreciates her body by standing naked in front of the mirror.

“I know it’s weird but I stand in front of a mirror naked and appreciate my body,” Angel wrote.

During the session, Angel also revealed that her love languages are acts of service and receiving gifts.

Another fan asked, “What would someone do to you that’s unforgivable?”

Angel answered, “Nothing. I forgive easily. I just don’t restore the relationship.”

Earlier, the reality star had weighed in on a viral sex tape involving an iconic Nigerian singer, Tiwa Savage.

As the video has gone viral, social media users on several platforms have taken to their accounts to air their opinion on the situation, and some wasted no time in blaming the singer.

Responding to Tiwa’s critics, Angel has stated that they should stop victim bullying, adding that the release of such an intimate video is a criminal offense.

However, some celebrities have drummed up support for the singer, as they uploaded her picture and hailed her on Instagram.