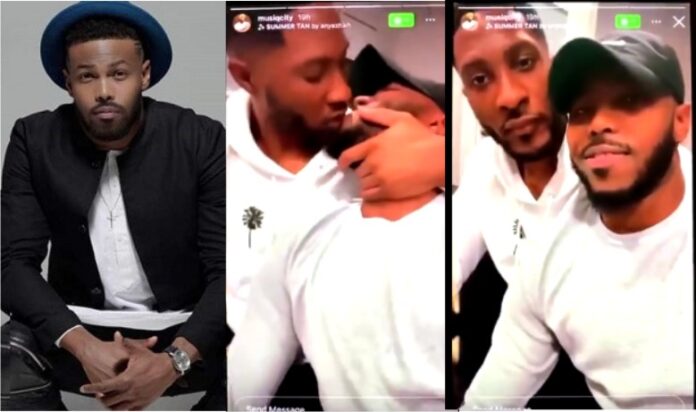 Darrel Walls, a popular Gospel singer has deactivated his Instagram page following a leaked video of him kissing a man.

Darrel’s female fans were particularly distraught over the news. But others were supportive.

“I love you Darrel Walls PERIIIOOOODDD!!! And you KNOW that ain’t NEVER gonna change!!!” one person wrote on Darrel’s Facebook page.

“The sad part about the Darrel Walls situation is the other man making the decision to post the video of them in such an intimate setting. Darrel clearly hasn’t let the world know his stance on his sexuality, so why did the guy feel compelled to do it for him? Tragic.”

Darrel is the eldest member of the Walls family gospel group.