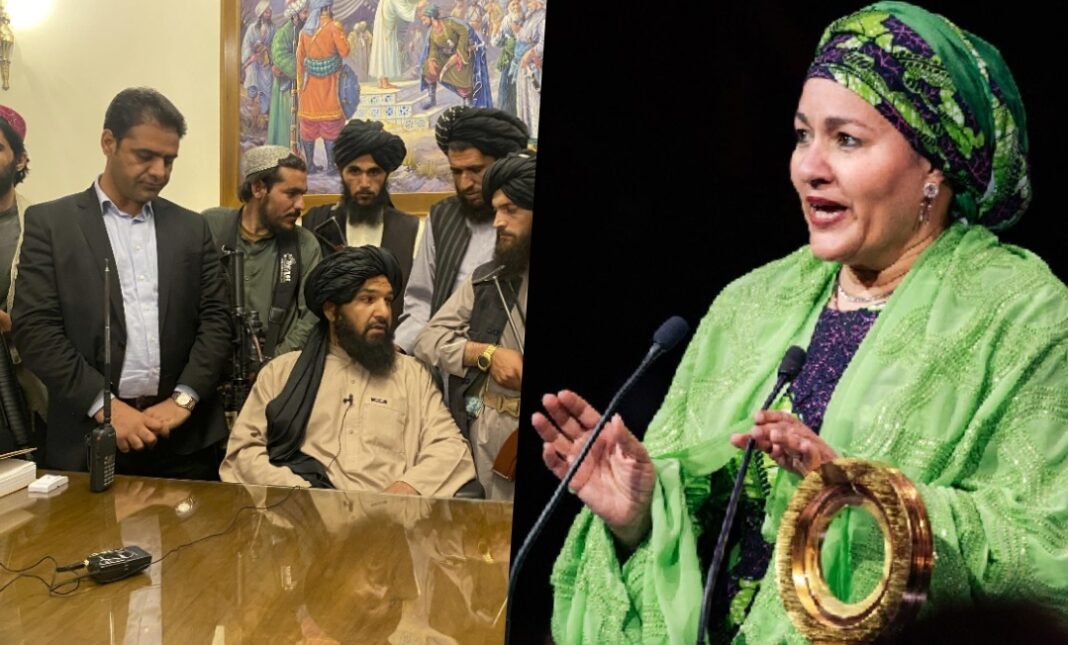 Amina Mohammed, UN’s Deputy Secretary-General, has opposed the Taliban’s policies limiting the freedom of girls and women in Afghanistan.

Ensuring all Afghan girls can be educated must be “a zero condition” for the Taliban before international recognition of their de facto authority, the UN deputy secretary-general said on Friday.

Ms Mohammed said this during a panel discussion on supporting a future for girls’ education in Afghanistan, held on the margins of the ongoing UN General Assembly.

Prominent women advocates from Afghanistan and the international community also participated in the discussion, held online and in-person from the UN headquarters in New York.

Asked if international aid to Afghanistan could be conditional on education for women and girls, Ms Mohammed responded “absolutely,” stating that the issue “continues to remain upfront” in ongoing discussions with the de facto authorities.

“This is where we have to have resolved: that recognition comes with your ability to be part of a global family. That has a certain set of values and rights that must be adhered to. And education is upfront and centre, especially for girls and for women,” she added.

The deputy UN chief urged the international community to draw on Afghan women’s expertise and support them in preventing a reversal of two decades of gains in girls’ education.

Ms Mohammed also reminded Afghan women that the UN is still on the ground, delivering for the people.

“You can be assured that we will continue to amplify your voices and make it a zero condition that girls must have an education before the recognition of any government that comes in,” she said.

The Taliban seized power in August and recently confirmed that while secondary schools were reopening, only boys would be returning to the classroom. Women teachers in the country are also unable to return to work.

This week, the administration’s spokesperson said a “safe learning environment” would need to be established before girls could go back to high school, according to media reports.