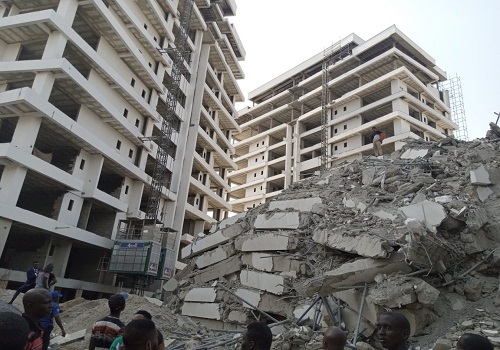 The Lagos Commissioner of Police, Hakeem Odumosu, has given an update on the victims of the collapsed 21-storey building at Gerrard Road, Ikoyi.

Odumosu said three people have been confirmed dead while three others were injured.

According to him, rescue efforts were still on to get others trapped alive.

He urged members of the public to exercise caution and allow the rescue workers to concentrate on their job.

“We do not want to lose more lives; the rescue workers are working carefully to rescue those still trapped in the building. Let’s give them some space to allow them do diligent work,” he said.