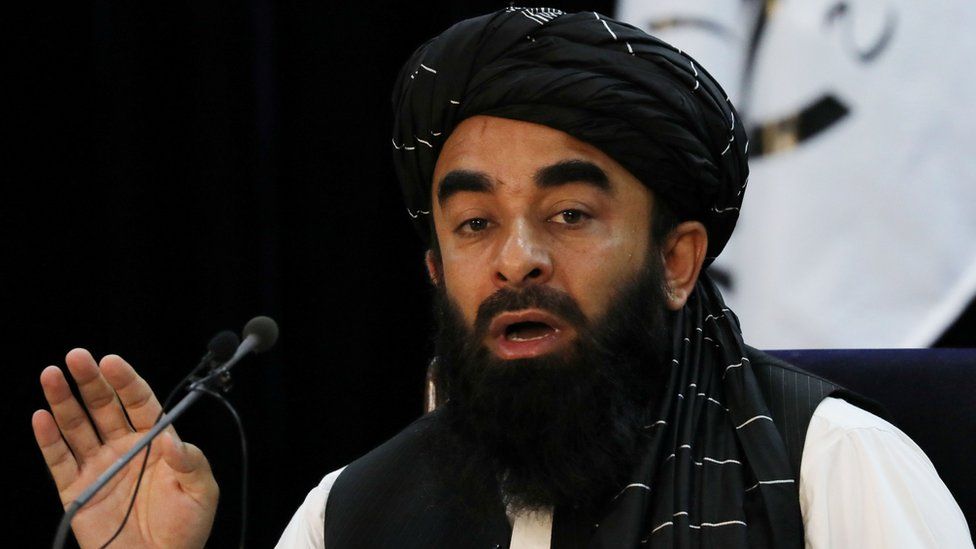 Delegates from the Taliban and the United States have held “candid and professional” talks in the Qatari capital, according to a US official, with the two-day discussions focusing on security and “terrorism” concerns, the rights of women and girls as well as evacuations from Afghanistan.

The weekend talks in Doha were the first face-to-face meeting between the two sides since the Taliban took over Afghanistan on August 15.

“The discussions were candid and professional with the US delegation reiterating that the Taliban will be judged on its actions, not only its words,” Ned Price, spokesman for the US Department of State, said on Sunday.

“The US delegation focused on security and terrorism concerns and safe passage for US citizens, other foreign nationals and our Afghan partners, as well as on human rights, including the meaningful participation of women and girls in all aspects of Afghan society,” he said.

Al Jazeera’s Natasha Ghoneim, reporting from Doha, said that the Afghan delegation had described the two-day talks as “positive”.

“They hope it paves the way for recognition of the Afghan government – not only by the United States, but the international community,” she said.

The Afghan delegation was asking the US to end economic sanctions and to “unfreeze” some $10bn worth of assets, she added.

The Taliban announced its all-male Cabinet last month, but it has struggled to govern amid a liquidity crisis after it was cut off from the international financial institutions, such as IMF and World Bank.

The group has said it needs to pay government employees and provide services to Afghans amid a looming economic and humanitarian crisis.

Neither the US nor the Taliban have said if any agreements were reached during the talks.

“What concessions were made to get financial assistance, what deals might be made … we don’t know as of now,” said Ghoneim.

The Taliban took back power in Afghanistan in August, almost 20 years after they were ousted in a US-led invasion for refusing to hand over al Qaeda leader Osama bin Laden following the September 11, 2001, attacks on the US.

Ahead of the weekend talks, US officials told the Reuters news agency that the US would press the Taliban to release kidnapped American Mark Frerichs. Another top priority would be to hold the Taliban to their commitment not to allow Afghanistan to again become a hotbed for al-Qaeda or other armed groups.

The U.S. officials said the talks were a continuation of “pragmatic engagements” with the Taliban and “not about granting recognition or conferring legitimacy” to the group.

Washington and other Western countries are grappling with difficult choices as a severe humanitarian crisis looms large in Afghanistan.

They are trying to work out how to engage with the Taliban without granting the group the legitimacy it seeks, while ensuring humanitarian aid flows into the country.

While the Taliban has signalled flexibility on evacuations, it has said there would be no cooperation with the US on containing armed groups in Afghanistan.

The US-Taliban agreement of 2020, which was negotiated by the administration of former President Donald Trump, had demanded that the Taliban break ties with “terrorist” groups and guarantee Afghanistan would not again harbour “terrorists” who could attack Washington and its allies.

In turn, the Afghan group has demanded that its senior leaders be taken off the “terror list”, accusing the US of violating the Doha agreement, which paved the way for the US withdrawal.

Since the Taliban took power, the Islamic State in Khorasan Province, ISKP (ISIS-K), an ISIL (ISIS) affiliate, has ramped up attacks in the country, particularly targeting the Shia Hazara community.

ISKP has claimed a suicide attack on a Shia mosque during Friday prayers in which dozens of people were killed.