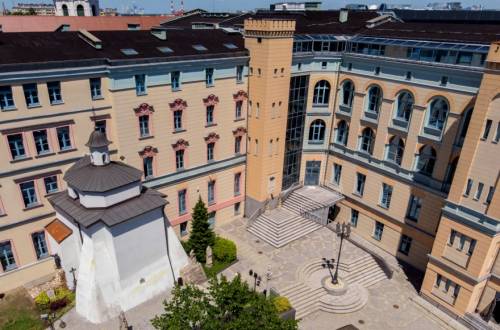 The University of Opole in Poland has introduced an obnoxious policy that demands that applicants who failed to fulfil its admission deadline would be made to forfeit tuition fees paid without a refund.

According to SaharaReporters, the deadline for deferment or admission is September 15 while students are expected to resume classes by the first week of October.

But due to glitches and delays with the processing of visas, several Nigerians and other African students affected are at the risk of losing the money paid to the institution which insisted that they cannot get a refund anymore.

In a letter from the varsity granting the extension request of one of the affected students, the institution had said those having difficulties with visa application must resume latest by November 10.

It, however, noted that those who failed to defer their admission after the September 15 deadline would not be able to get a refund.

The letter, signed by the institution’s rector, read: “Dear Student, please, be informed that due to the difficulties with visa application and arrival to Poland for study, you are allowed to arrive at the University of Opole after the 1” of October, but no later than the 10th of November.

“The missed classes should be worked off upon arrival. Please note, that after the 15th of September, the tuition fee refund or deferral of admission will not be possible.

“At the same time, please be informed that the originals or certified copies of your documents should be delivered to the International Students Office by the 24th of September.”

The development has continued to generate concerns among students affected, with many of them calling on authorities to ensure the policy is reversed.

The sources had called on the institution to refund their already paid tuition fees if it fails to approve the extension requested.

According to a source, “There’s a university in the city of Opole, Poland. It’s called the University of Opole. This university is trying to scam people of the fees paid under the guise of ‘refund and deferment deadline’. As a policy with the university, the deadline for deferment or admission is the 15th of September and they have only one annual intake which is Winter (October)

“However, on account of difficulty associated with visa appointments at Polish Embassy in Abuja, admitted students are being coerced into forfeiture of fees paid on the ground that deadline for either refund or deferment has passed.

“For example, one admitted student got an extension letter allowing her to resume on the 10th of November, although, school resumes 1st of October.

“This extension was granted due to challenges associated with appointment booking at Polish Embassy. Now, the admitted student, after gotten an extension from the school got an interview date with the embassy for the 17th of November.

“Surprisingly, this university refuses outright to grant an extension. Worse is the fact that the said admitted student can neither seek a refund of the tuition fees nor defer the admission, all because, according to the university, the deadline has passed.

“Evidently, the university knows that the inability to or difficulty associated with appointments isn’t the fault of students, but the way and manner embassy of Poland has chosen to handle it. Ideally, one would’ve expected the university to be understanding, reasonable and make some compromise to ameliorate the situation, but they want students, who have only been admitted to forgo their fees even when they haven’t started attending classes.

“In another instance, a student didn’t only pay tuition fees, he paid for accommodation and all of this is non-refundable all because of a nonsensical deadline set by the university.

“I’ve interacted with two students on this and clearly, what they want is for the university to either grant them an additional extension of six weeks or refund the fees that have been paid as there are other European universities with February/March intake and they would need their money to move forward with it.

“Personally, I find the position of the University of Opole selfish, unreasonable, fraudulent and heinous. In one of the replies, the emails sent to them by one of the admitted students I spoke with yesternight, the university of Opole threatens never to reply any inquiry on this matter again.”