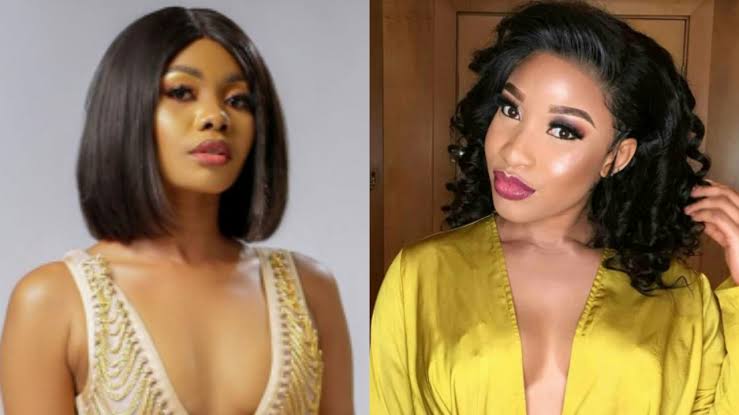 Instagram dancer and influencer, Jane Orezimena, popularly known as Janemena, has written a letter to Nollywood actress, Tonto Dikeh, demanding the sum of N500m for alleged libel and claiming on social media that Janemena has a sex tape.

Dikeh had claimed last month that her ex-lover, Joseph Egbri, aka Prince Kpokpogri, had a sex tape of Janemena who is married.

But Janemena claims that due to Dikeh’s allegation and the trauma it caused, she suffered a miscarriage, losing her one-month pregnancy.

The claims are included in a letter signed by Janemena’s lawyers, Felix, Igelige & Associates titled,  ‘Re: Libellous statements published by you on your Instagram and Facebook pages – A demand for immediate retraction of the libellous publications, tendering of unreserved apology and payment of N500,000,000.00 as exemplary damages to Mrs. Usiwo Orezimena Jane, popularly known as Janemena.’

It reads in part, “We write you this letter to demand your immediate retraction of your publication referred to above, render unreserved apology to her and pay her N500m as compensation for the callous publications.”

The lawyers said Dikeh’s post suggested that Janemena, who is married, is having a sexual relationship with Kpokpogri and is cheating on her husband.

They stated that Janemena is a graduate of Mass Communication, Delta State University, Abraka, and is also a freelance photojournalist who has worked for various media houses, one of which is The Pointer Newspapers.

“Janemena is a popularly known professional dancer and an online E-vixen who promotes artistes and brands through her social media accounts.

“She is widely regarded by many as one of Nigeria’s top dance queens as she emerged a winner in Kcee’s dance competition in January 2018 due to her dazzling skills on Instagram and other social media platforms which keep her fans yearning for more,” the letter reads in part.

It further states that she is a brand ambassador to several reputable brands and does lots of advertorial work for many businesses on her Internet pages, music promotions for upcoming and known musicians at a decent fee through her Instagram handle @Janemena.

The lawyers maintained that no such sex tape exists, nor has she ever had a sexual relationship with Kpokpogri.

They said that due to Dikeh’s ‘recklessness,’ Janemena had been brought to “public ridicule, odium and opprobrium in the comity of Isoko women, her business associates, friends, members of her family, etc.

“The traumatic condition which your publications under reference threw Janemena into caused her miscarriage of her one month old pregnancy,” the letter further stated.

Janemena subsequently demanded an immediate retraction of Dikeh’s statement which must be published in four national dailies along with an apology and payment of N500m.

Meanwhile, the dancer has also written a petition to the Office of the Inspector-General of Police demanding an investigation of criminal libel against her person.