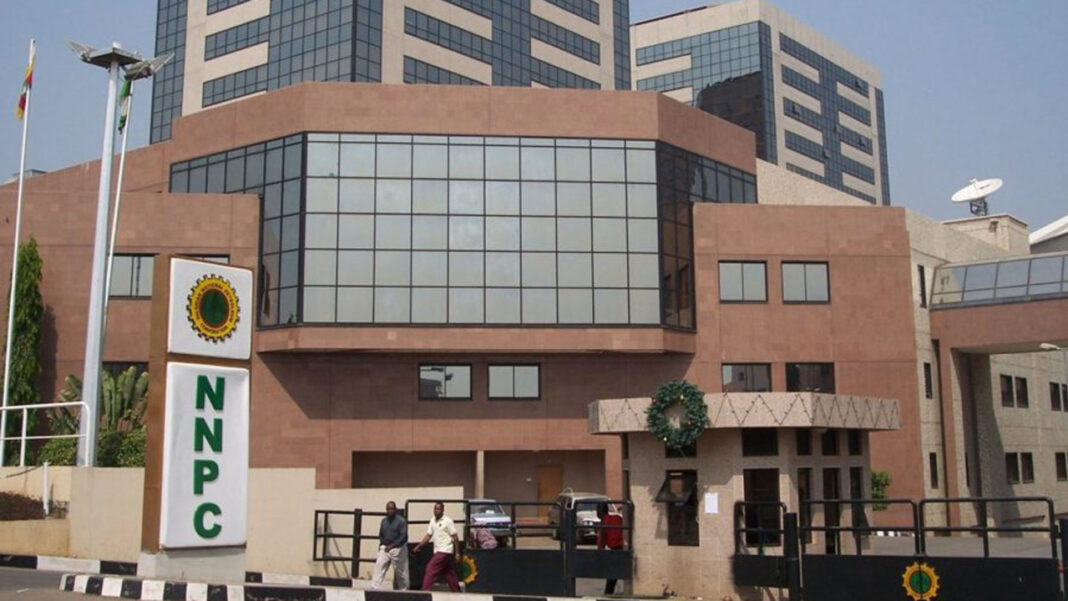 The first two bid-winning companies of the Nigerian National Petroleum Corporation (NNPC)’s controversial slop oil sale have been found to be owned by the same directors.

These are but some of the new revelations tumbling out of the closet at the NNPC weeks after the Group Executive Director (GED) Refinery, Mustapha Yakubu, supervised a controversial bid that saw scarce slop oil – traditionally reserved for local industries – being controversially offered to preferred bidders that are export companies. The slop oil consignment is domiciled at the Port Harcourt Refining Company (PHRC).

While Nigeria’s public procurement rules forbid any form of insider dealing, abuse of process and collaborative exploitation of nonpublic material information, the financial quotes submitted by the three export companies suggest everything but the contrary.

Weeks back, it was reported that cash-hungry NNPC officials sold off to an export company 30 million litres of slop oil reserved in Port Harcourt Refinery as a national strategic stock.

The sale, carried out under a shady bid process, got industry stakeholders, particularly local manufacturers, reeling because slop oil has never been exported in the history of the NNPC. What’s more, the taboo transaction was capable of precipitating disastrous knock-on effects on local industries thereby sabotaging the Buhari administration’s economic programmes.

For local manufacturers in Nigeria – particularly those in labour-intensive industries like textiles, cement, rubber processing, food and beverages – slop oil is the only alternative to Low Pour Fuel Oil (LPFO), a product of fractional distillation that keeps the boilers of manufacturing industries running. The LPFO is also used in power generating plants to get around the challenge of acute gas shortages.

However, 24 months ago when the Port Harcourt, Warri, and Kaduna refineries completely halted the refining of crude oil to give room for major rehabilitations slated to last 44 months, LPFO as a corollary has gone off the market. With this harsh reality, it is the slop oil that has come in as a stop-gap arrangement and indeed a last-ditch measure to keep the many beleaguered but still faithful local industrialists from moving their operations to neighbouring countries.

Industry watchers are baffled at the uncanny coincidences of each of the first three preferred companies bidding N6 differently from the next. To them, the bid appears very well-coordinated and lacking in character.

PREMIUM TIMES learned there have been a lot of behind-the-scene moves since the bid winners were announced. The first allocation issued to Sign Oil & Gas on June 22, 2021, expired with the company unable to meet a 10 working-day deadline for payment.

On July 8, 2021, the allocation was transferred to the second bid winner, Synthesis Integrated Pure Oil at N105.00k per litre instead of N111.00k per litre. It came with a 10-day deadline. Like Sign Oil before it, Synthesis was also not able to meet payment obligations.

True to the expectations of keen watchers wary that the entire bid exercise was a deception ab initio, the slop oil allocation fell on the lap of the third preferred winner, Korpu (not Kurpo) Energy Ltd at N99.00k per litre. This development has generated widespread belief in the oil industry that not only was the bid process tailored to sell the slop oil to handpicked bidders but also at the lowest quote possible.

Some of the companies that participated in the slop oil bid included:

Perhaps to achieve a predetermined goal, the NNPC made the bid exercise a mismatch between local companies and export companies. The two categories of companies were invited under two separate pre-qualification conditions that were based on technical competencies.

The technical capacities required of export companies were understandably different from those for local companies. However, during the financial bid, the NNPC, without explanations, merged export and local companies together knowing full well that the latter cannot match the financial muscles of the former.

To add to the woes of participating local companies, the NNPC insisted the slop oil must be off-taken ex-coastal. While that was good for the export companies which would just pick up the slop oil and sail off overseas, it was bad news for local companies which, in addition to paying cost price for the oil and extra N60 million handling charges to NNPC, must also rent storage facilities for the consignment. Also, because slop oil is a heavy liquid, truck drivers charge far higher to transport slop oil than they would petrol, kerosene or diesel.

Furthermore, by pitting struggling local companies against export counterparts in the same bid, NNPC officials succeeded in selling the slop oil to the bid winners at a rock-bottom price. A source at the NNPC Towers, who would not want to be named for fear of retribution pointed out that the best price offered by the export companies is still too low and cheap considering they will be selling at the international market at a dollar rate.

The source further revealed that following PREMIUM TIMES’ earlier report which exposed the plot to export the nation’s slop oil, a national strategic asset, the NNPC mulled a U-turn. Top-ranking officials charged with damage control quickly went to work; a development that saw the slop oil allocation going to yet another different company, the fourth bid winner said to be a local company.

At the time, it could not be ascertained if the third bid winner, Korpu Energy Ltd, could also not meet the payment deadline or was forced to give up its hold by the NNPC.

While stakeholders were grimly watching to see if the slop oil allocation would be passed on to a fifth company or that the fourth bid winner will supply to local end-users, information came in that  Korpu Energy Ltd has paid for the allocation.

The official telephone contact provided by Korpu Energy Ltd in its bid documents failed to connect even with several call attempts made by PREMIUM TIMES.

When contacted on Thursday afternoon, the NNPC asked for time to allow it to investigate the allegations against its officials concerning the controversial bid. Hours later, its spokesperson, Garbadeen Muhammed, called to say he should be given till Friday to complete his inquiry.

Twenty-four hours later, he again requested another 24 hours to enable him to provide a comment. On Saturday afternoon, Mr Muhammed was reminded via WhatsApp that the time he requested had lapsed. He did not reply to that message as of the time of publishing this report.