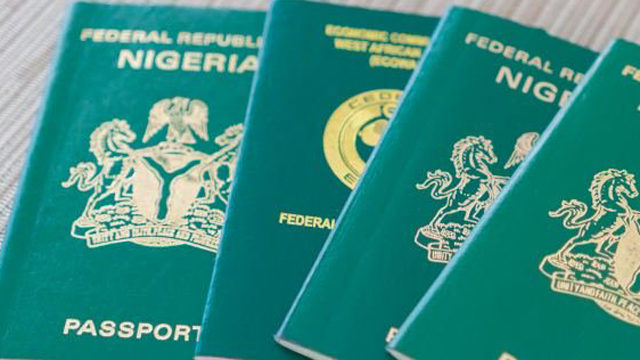 The Ikoyi Office of the Nigeria Immigration Service (NIS) in Lagos says that it has extended its working days to include Saturdays and Sundays to meet the demands of its applicants.

Ibrahim Liman, the Passport Control Officer (PCO), stated this in an interview with the News Agency of Nigeria (NAN) on Sunday in Lagos.

Liman, a Deputy Controller of Immigration (DCI), added that the office also had issued, at least, 15,000 passports to qualified applicants since his assumption of office in June 2021

The official said these while reacting to a series of complaints regarding passport racketeering and cases of uncleared backlogs of passports among others.

He said that his office would fishout and sanction offenders appropriately.

According to him, the office has extended its operational days to include Saturdays and Sundays in order to meet the demands of thousands of applicants who troop into the office to obtain the documents.

He urged Nigerians to see beyond the fact that the passport is just a travelling document, saying it should be seen as a security document that would help them in many ways.

He stressed that his office was fully committed to efficient service delivery and it would not relent in justifying its operational mandate.

Liman also warned those who were always indulging in passport racketeering to desist from the act or face severe consequences.

The PCO emphasised that his department had been working unrelentingly to meet the demands of applicants and adhering to due process required in obtaining it.

He explained that some challenges might hinder the timely release of some international passports to prospective applicants.

He said this would be due to the need for discreet investigation to be conducted by the department on such applicants to determine their elligibility.

Liman, however, stressed that NIS would not hesitate to discipline anyone found to be involved in defrauding or shortchanging any applicant, engaging either in sharp practices, or any illicit acts capable of spoiling the name of the department.

He said the Nigeria Immigration Service would continue to remain one of the best passport issuers globally.

”The service has recently introduced additional sophiscticated measures toward checking attitudes inimical to the conduct of its official duties, especially, issues to do with corruption” he added.

He appealed to applicants to always endeavour to visit the NIS Servicom department in all passport offices to make enquiries.

“NIS has reiterated that all qualified prospective seekers of the travel document should apply online,” he added.

He lamented that some applicants were impatient and were always in a hurry to push their ways to get the document in few hours and finally get things messed up.

“Can this be done in advanced countries?

“I specially appeal to prospective applicants to visit immigration.gov.ng,which serves as the service website to apply and make payments for their passports” he added.