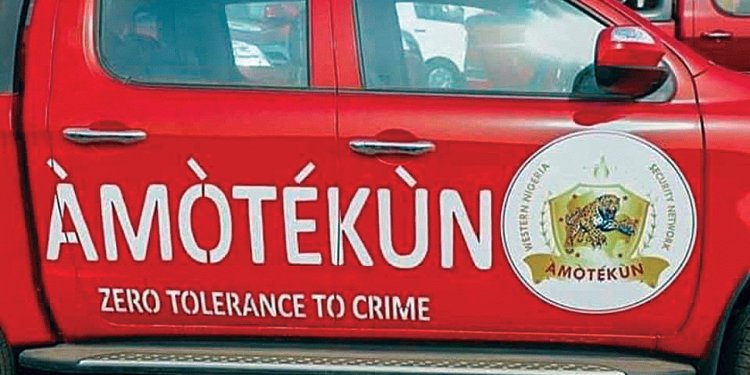 Togun who is a retired General alleged that fully armed Fulani herders are trooping into the state from foreign lands through Saki East, Saki West and Atiba Local Government Areas.

Togun who was a Special Guest at Yoruba World Assembly, YWA’s first traditional security summit held at the old House of Chiefs, Parliament Buildings Secretariat in Ibadan couldn’t attend the function because of his commitment to curbing the influx of the foreigners.

“I am still in Saki area. The Fulani herdsmen are trooping in, in large numbers to Saki East and Saki West as well as Atiba Local Government areas of the expansive Opara Forest reserve,” he said.

He said, however, that his “boy”, who he described as “very experienced,” have been very successful, calling on seasoned hunters in the state to assist Amotekun.

He maintained that the armed herders are not Nigerians, adding that, “Amulets, charms, poisoned arrows and daggers already seized from them are about six bags as of now.”

He added that, “some community chiefs and traditional rulers are among those inviting them.”

He further disclosed that two chiefs who are allegedly among those bringing in armed herdsmen into the State are to be investigated by Amotekun.

The government has said the community leaders must now account for the documentation of the foreigners in their domains.

A statement released by Governor’s Chief Press Secretary, Mr Taiwo Adisa, reads that, “The governor equally warned traditional rulers and village heads against allocating lands to undocumented foreigners, stating that some undocumented individuals had been contributing to insecurity in the state.

“So, we are going to provide some documentation for them. Those who work in the mining site will be documented and a task force is being set up to do this.”