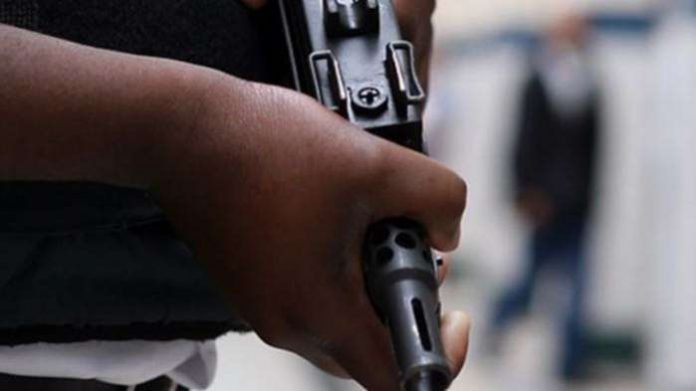 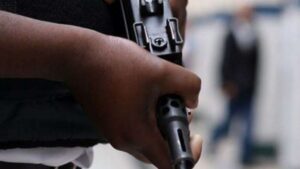 Again gunmen suspect to be members of the Eastern Security Network, ESN, have invaded a police station in Ikono local government area of Akwa Ibom State and killed two policemen that were on duty.

This is even as the state governor, Mr. Udom Emmanuel, directed that the use of motorcycles be banned from 10pm to 6am daily statewide.

It could be recalled that two police officers, a woman Police Corporal identified as Esther Akpan and a Police Constabulary identified as Isonuyo Effiong Paul were shot dead when gunmen using motorcycles had attacked a Police Checkpoint in Ika Divisional Headquarters on April 27, 2021 about 7pm.

Sources from Ikono local government area said the hoodlums who invaded the Police Station at Ibiaku Ntok Okpo about 3am on Saturday also burnt 5 police vehicles while a policewoman on night duty was badly injured.

Reacting, the Police Public Relations Officer, Mr. Odiko Macdon, who confirmed the incident to newsmen on Saturday noted that the police personnel mobilised to be the scene are assessing the situation.

” There was an attack on our Ikono Police base today, it wasn’t razed down, As we speak police officers drafted to the scene are assessing the situation already”, He simply responded.

The Chairman of the Local Government Council, Nyakno Okoibu in a statement obtained by Sunday Vanguard however urged the residents to stay calm, as he was working with relevant security agencies to ensure necessary measures were put in place to forestall a recurrence in the area.

Okoibu however appealed to the indigenes of the area to report any suspicious activity or movements to the relevant security agencies.

The statement signed by his press Secretary, Nsisong Ntuk, read in part, “Today, Saturday 1st May 2021, the Executive Chairman of Ikono Local Government Area received a distress call about the invasion of the Police Station at Ibiaku Ntok Okpo by criminals alleged to be members of the Eastern Security Network (ESN) by 3am.

”In the ensuing melee two police officers were killed, five vehicles burnt, and a police woman on night duty was critically injured, the flag hoisted at the police station stolen and destructive acts carried out by the invaders.

“I want to inform the people of Ikono Local Government Area and the State at large to stay calm as he is assiduously working with relevant security agencies to ensure that the situation is contained and that necessary measures are being put in place to forestall a reoccurrence.

“Akwa Ibom State has over the years been known as a peaceful state where lives and properties of those domiciled within it are safe and secured. The narrative will not change now”

Meanwhile, the state governor, Mr Udom Emmanuel, apparently worried over the persistent attacks on police facilities and killing of the personnel while on duty, has directed that the use of motorcycles be restricted from 10pm to 6am statewide.

The Secretary to State Government (SSG) Dr. Emmanuel Ekuwem, who announced this in a statement made available to newsmen in Uyo, the governor, the restriction commences same Saturday May 1, 2021.

“The Governor of Akwa Ibom State, His Excellency, Mr Udom Emmanuel, has directed as follows: That the use of Motorcycles from 10pm till 6am is hereby banned.

”That this restriction covers all types of motorcycles without exception (power bikes inclusive). That this ban which takes effect immediately, is daily and statewide. Security agencies have been directed to strictly enforce this directive.

“While regretting the inconvenience that this decision may cause law abiding citizens, the decision is a product of considered reasoning, taken in the overall interest of the security of lives and property, which is the primary responsibility of any government”, he stated.