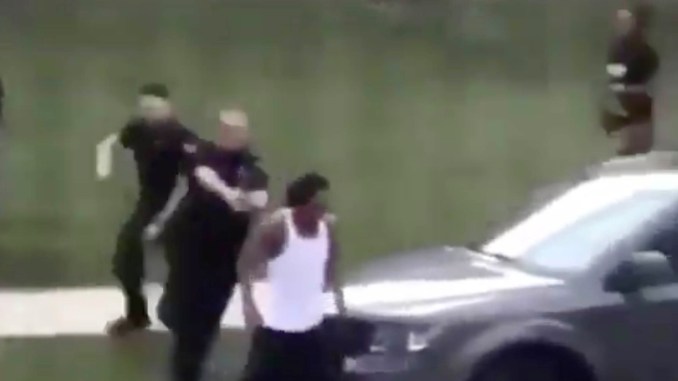 The video starts as Jacob Blake rounds the front of a silver SUV on Sunday, with two Kenosha, Wis., police officers following close behind, their guns drawn. When Blake opens the door and steps inside, the officers suddenly fire repeatedly toward his back — at least seven times.

Blake is now in serious condition, the officers have been placed on leave, and the city of Kenosha declared an emergency curfew after destructive protests rocked the city into early Monday morning. It’s the latest case of police violence caught on camera in a summer overwhelmed by escalating rounds of protests following George Floyd’s death in Minneapolis.

“While we do not have all of the details yet, what we know for certain is that he is not the first Black man or person to have been shot or injured or mercilessly killed at the hands of individuals in law enforcement in our state or our country,” Evers said in a statement. “We stand with all those who have and continue to demand justice, equity, and accountability for Black lives in our country.”

The shooting happened after 5 p.m., when officers responded to a domestic incident, police said. Witnesses told the Kenosha News that Blake was trying to break up a fight and that police first attempted to taser him.

The video shows neighbors congregated outside as two police officers with their guns drawn followed Blake as he approached the car. As Blake opened the driver’s side door, on officer can be seen tugging at Blake’s white tank top before multiple shots ring out from the police.

Kenosha News reported that Blake was shot in front of his children. Ben Crump, a civil rights attorney, posted on Twitter that Blake’s three sons were inside the car.

Police have not commented on what led to the shooting. Blake was taken by helicopter to Froedtert Hospital in Milwaukee, police said. Early Monday morning, TMJ4 reported that Blake’s brother said he is out of surgery and in intensive care.

The Wisconsin Department of Justice will investigate the shooting, police said.

As footage of Blake’s shooting spread on social media, a crowd gathered at the intersection where he was shot. Tensions quickly rose as more police officers arrived wearing riot gear and several police cars were damaged. A video shows one police officer being hit with a brick and collapsing to the ground.

The group eventually moved away from the intersection. A live stream of a march through Kenosha showed hundreds eventually congregating and chanting outside the Kenosha County Public Safety Building after 10 p.m.

Shortly afterward, the city declared a state of emergency and instituted a curfew until 7 a.m. Monday. A public safety alert suggested that 24-hour businesses close “due to numerous arm robberies and shots fired calls.”

Watch the video below: 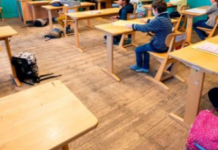 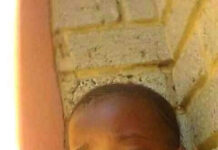 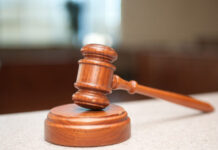