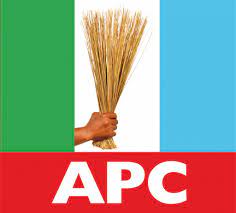 A chieftain of the All Progressives Congress (APC), Ben Adaji, has vowed to mobilise youths across Nigeria to stage a peaceful protest if President Muhammadu Buhari considers the former Minister of Aviation, Femi-Fani Kayode, who recently defected to the party, for an appointment.

Adaji issued the warning on Saturday during an interactive session with media practitioners in Jalingo, Taraba State.

According to Daily Post, the APC chief urged the leadership of the party to be wary of the former minister whom he described as “a serial betrayal.”

Adaji questioned the rationale behind Fani-Kayode’s decision to join the APC, a party he left in 2014 for the Peoples Democratic Party (PDP) after claiming it was trying to Islamise Nigeria and had plans to inflict pain on the populace.

He also recalled that FFK from 2014 “till today disparaged President Buhari using unfriendly adjectives such as wicked, dead, draconian, dictatorial among others.”

He urged Buhari to consider members who have been consistent in building, growth and success of the party before persons like Fani-Kayode.